ICWE 2016 will be hosted by the Faculty of Informatics of the University of Lugano (USI), via Buffi 13, 6900 Lugano, Switzerland.

Lying at the heart of Europe, Switzerland is at the crossroads of major economic, financial and touristic routes, flowing to and from its bordering nations: Italy, France, Germany and Austria. It is reachable from most European cities with less than 2 hours of flight. 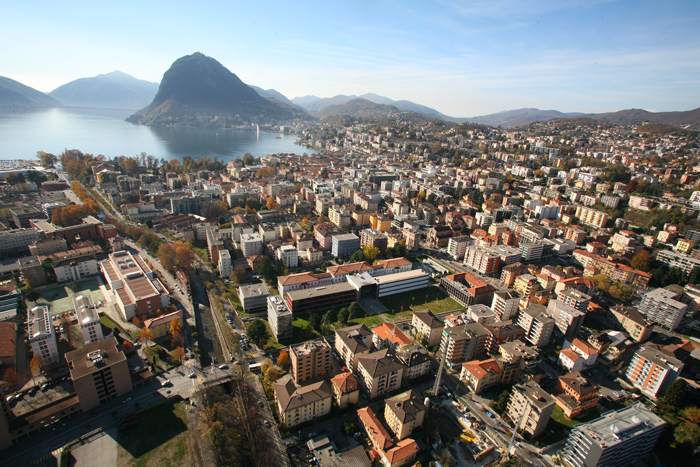 Ticino is the Swiss region south of the Alps which connects Northern and Southern Europe. It includes Canton Ticino and four valleys of Canton Grigioni (Mesolcina, Calanca, Bregaglia and Poschiavo) and its language is Italian. Very active in the tourism sector, Ticino plays an important role as a bridge between Middle-European and Mediterranean cultures. With an average of over 2300 hours per year of sunny weather, Ticino benefits from mild winters and Mediterranean summers. It has the richest vegetation in Switzerland and it is famous for its contrasts: the imposing peaks, eternal snows and glaciers of San Gottardo are only a few kilometres away from charming little lakeside towns. Additionally, Ticino offers a rich selection of cultural events, and tasty local and international cuisine.

Lugano (56,000 inhabitants) is the largest city in the Canton and the third financial centre in Switzerland. Other important towns in the region are Bellinzona, which is the region capital and it is also well known for its three medieval castles which are Unesco protected cultural sites, Locarno, Mendrisio and Chiasso. Lugano is located in the south of Switzerland and lies on Lake Lugano. The town's thriving economy provides an estimated 38,000 jobs, over a third of which are occupied by cross-border commuters. Business, tourism and finance constitute the backbone of the local economy. The city is Switzerland's third largest banking centre after Zurich and Geneva. Lugano is one of the most popular touristic destinations in Switzerland. Both Lake Lugano and the surrounding mountains provide a wide variety of outdoor activities. Lugano is also home to a number of historic buildings and museums, as well as the new LAC culture and arts center.